What your brand can learn from Hollywood

Like everyone, you want the best of both worlds. You want eye-popping visuals at a bargain bin price. You crave snappy, action-oriented brand messaging for mere pennies on the dollar.


Your slice of cake sits invitingly in front of you, and damned if you won’t scarf it down in record time.

Marketing industry bigwigs like to say the “best” and “least expensive” options for building a brand are almost always two different things, but the last several years have seen young, eager talent willing to budge on price for a chance at a break or potential career-making contract. Top quality work doesn’t necessarily cost top dollar any more.

We’ll turn our sights to Hollywood as an example. As recent as 2013, film budgets have shriveled to the point that even superhero funding is hard to come by, writes Peter Bart, executive vice president and editorial directory for Variety. Production companies have slashed their development budget to totals as low as 40 million, an effort that keeps “the younger executives and filmmakers happy,” one studio exec told Bart.

The other half of the development strategy is mostly left to chance, with studios hoping for a mega-hit while waiting for the profits to roll in.

Branding projects are the same way – check off each piece of the development strategy as it’s executed and hope the audience is drawn to your creation.

Given the intricacy a rebranding or restructuring requires, you want to ensure your product or brand launch rests on a strong foundation.

Make a list of three branding aspects you won’t compromise on. Different contractors or freelancers obviously play to different strengths. One may excel in web design and PHP coding, while another’s forte may be graphic design or layout. Your non-compromise list will determine what route you should take when picking a contractor.

Stick fast to your project proposal throughout the process. Scope creep can cause projects to suffer a premature demise. Movie ideas fall in and out of existence almost hourly, it seems, with a hodgepodge of half-baked ideas, undercooked thoughts and burnt-to-a-crisp ramblings. Take this gem from Bart’s piece, for example:

In recent years … studio development teams have become scattershot in their approach. Here are random loglines of current projects: There’s “Earth Dick,” in which an alien race thinks it’s found a savior from planet Earth, only to discover he is really an actor who plays superheroes. Then there’s the high-concept story about a man who saves a stray cat after it’s hit by a car, only to discover he now has nine lives. And the girl who hires a dog trainer to re-program her boyfriend, only to find — I’ll spare you the details.

I can’t think of a name that sounds more like a smut film than “Earth Dick.” but it’s a relief to know society’s appetite for misunderstood alien humor might be sated someday.

Vet your freelancers thoroughly before entering into a contract or binding agreement. Just as the talent pool has grown larger in recent years, the number of lackluster freelancers looking to cash in on the craze has increased, too. Look for friends or colleagues to reccomend a contractor, and always make sure you’re furnished samples of that individuals’ work before signing off on anything. 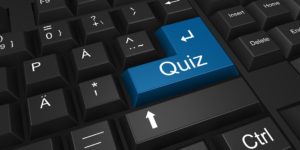 Branding Quiz: Is Your Business Ready For New Branding?

Are you ready for new branding? Should your business take that next step? Find out with Hey Now’s! branding quiz! Answer each question below with

B2B marketing is all about lead generation, so the idea of a gated content offer is extremely valuable to B2B companies. Remember, a content offer

Sometimes when you’ve never written a buyer persona and are looking for an organizational structure, it helps to go from an example. One way to