They’ve been behind many of our best websites coding away and we are so excited to highlight them! Starting as Hey Now! freelancers, The team officially known as Vexter Creative, Carlo Abueg and Paul Gamuza, are now on board as our official “web guys”.  So what does this mean?

For Hey Now!, it means we have a ton of website work and needed some extra hands.

For our clients, it means that our pricing remains consistent, our turn around doesn’t suffer with an uptick in jobs, and we maintain stable personnel on your projects which provides security, trust, and a better understanding of your brand. 2. What chore do you absolutely hate doing? I wish folding my laundry could be done by machines at this point.

4. What are three things most people don’t know about you? I worked in a lighting factory and was hoisted up on a skid with no fence or sides (using a forklift) 30 feet high to install some lights. / I have a ridiculous post-up game down low. / I still don’t know how to drive a stick.

5. Best thing about living/working in Cleveland? The commute isn’t bad 😉

6. What is one thing you can’t live without? A nice view.

7. If you were a type of food, what type of food would you be and why? I would probably be a Caramel Macchiatto — sweet and strong. That was lame.

8. Do you have a nickname? I used to go by the artist name ‘A-BOY’ for my graphic design endeavors… it never took off since people just called me by my real name.

9. What’s the hardest thing you’ve ever done? You know that story about being hoisted up by a forklift? Not falling off, I’d say.

10. If Hollywood made a movie about your life, who would you like to see cast as you? Glenn Howerton — more so, his character ‘Dennis’ in It’s Always Sunny in Philadelphia. He is absolutely ridiculous and it’d be fun to watch the train wreck. 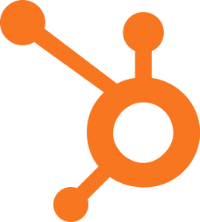 Last month, HubSpot released its State of Inbound 2017 report, which compiles tons of valuable research on sales and marketing across the globe. The information 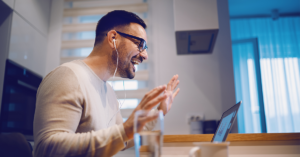 Top 10 Reasons to Create a Webinar

Are you considering creating a webinar? With all in-person networking events and sales meetings canceled or moved online, this is the perfect time to shift

Dear Expert: I just started a new company. I was wondering, when’s the right time to start thinking about branding? Thanks for your help, #StartUp