Inside The Brand: Edgewater LIVE

Growing up in San Diego, there was no need for anyone to brand the beach. The Pacific didn’t need a jingle, tag line or logo. To me the beach was more familiar, and more important, than Coca-Cola, McDonald’s or even nearby Disneyland could ever be.

In Southern California, the beach was more than a destination — it was a part of all of us. That’s the nature of living near a vast body of water, even if you seldom visit it; through its beauty and mystery, its sheer differentness from the rest of the landscape, that ocean or lake becomes a point of orientation within your identity.

Lake Erie is bigger than six states and almost as big as three others. Probably to a greater extent than you realize, Lake Erie is a part of who you are — but it’s been forced to take a seat way in the back of your psyche. Because for far too long the lake’s beaches haven’t been clean enough, or accessible enough to downtown, or pedestrian-friendly enough; hence Lake Erie plays a much smaller role in your life than, say, Lake Michigan plays in the lives of Chicagoans. But things are looking up in our collective relationship with Lake Erie.

Somewhere over the rainbow… #rainbow #lakefront #myview #comeoutandplay A photo posted by Cleveland Metroparks (@clevemetroparks) on May 17, 2015 at 2:54pm PDT

I went to the August 6th Edgewater LIVE event, and I witnessed about 10,000 people listening to live music, partaking in the many food truck offerings, and everyone being all relaxed and social and even, dare I say it — experiencing a kind of group harmony. We were all aware that we were having a cool experience on a number of levels, among others who had made the same smart decision to go.

Credit goes to Cleveland Metroparks, who took over Edgewater Park in 2013 and made it beautiful — and for coming up with Edgewater LIVE: 10 summer Thursdays each featuring a different live band, along with additional activities like free yoga and paddle-boarding.

“When we took over ownership of the park, the community told us that they wanted special events,” says Kelly Manderfield, Director of Marketing and Strategy at Cleveland Metroparks. “We’re very pleased with Edgewater LIVE, because every Thursday young professionals, families and people from quite a distance away are coming to the lakefront — many of whom haven’t been there much or at all.”

The Metroparks’ marketing folks haven’t had to invest much to build Edgewater LIVE as a brand — with music, water, sand, food, sunsets, and a great view of downtown, this thing brands itself. For instance, there’s no Edgewater Live website — the first search engine result you get is a dedicated page within the Cleveland Metroparks site.

For instance, there’s no Edgewater Live website — the first search engine result you get is a dedicated page within the Cleveland Metroparks site.

The Edgewater LIVE brand is doing wonders for the Lake Erie brand, and it’s also enhancing your own personal brand. Because it’s starting to look like you almost sort of live in a beach town.

To join the conversation,  share your favorite Cleveland brand, or have a brand you want featured use the hashtag #InsideTheBrand. 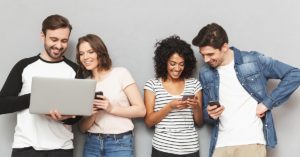 Increasing Digital Engagement – What are you waiting for?

There are many ways to connect with your audience, generate new leads, and grow engagement. Depending on your goals there are a number of different

Here at Hey Now! Media we’ve been eagerly awaiting the launch of our new website. HeyNowMedia.com has been completely redesigned to give you, our clients 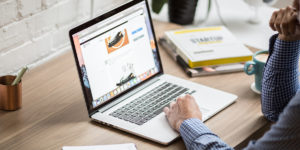 You may look at a website, maybe even your own, and think well – it looks pretty, so of course it’s a good website. Right?