The Super Bowl has something for everyone. Great food, good company, sports (if you’re into that sort of thing), and advertising!

In case you were distracted by all the sports happening, don’t worry – we watched every single ad so you didn’t have to. In fact, we were so busy critiquing the ads from this year’s Super Bowl, we almost forgot there was a game on.

Without further ado, we present Hey Now! Thumbs Up – a competition where the best Super Bowl commercials get an enthusiastic thumbs up, and the worst ads get a big fat thumbs down.

We’ve talked about Wendy’s knack for branding consistency before, but they really proved themselves with this big game spot. From the very first frame (a shot of a “frozen beef storage” locker owned by “Other Guyz, LLC”), you can probably take an educated guess that this is a Wendy’s commercial. By the time you see the bored-looking worker defrosting hamburger patties with a hair dryer, you’re sure it’s Wendy’s.

That’s because Wendy’s has been on a year-long crusade advertising its fresh and never frozen beef in a series of contests, tweets, and video ads. You’ve seen it everywhere, yet according to Forbes, 70% of consumers still believe Wendy’s beef is frozen in some way.

When credibility is essential to your ad campaign, go big or go home. Keep your message consistent, but this time pay over $5 million to shout it to the world in a Super Bowl advertisement. Wendy’s can’t make it any plainer. Their beef is fresh. The “Other Guyz’s” isn’t.

It’s a great example of staying on brand while continuing to entertain your audience – and making the most of your Super Bowl spot. Thumbs up

Behold, a progression of our beloved Mr. Clean throughout the years:

Notice anything different there? Namely that the innocent, commercial jingle Mr. Clean of 1958 has turned… all… sexy in 2017?

The no-mess Mr. Clean of yesteryear has been reduced to a shimmying, tight-pants-wearing, go-go dancer who suggestively sweeps your kitchen floor to a slow R&B beat.

Maybe we should have seen this coming. After all, ever since Mr. Clean got his modern CGI-upgrade, his personality has become an important factor in the brand’s advertising. His origin story ad spots in 2014 paved the way for a brand mascot who does more than clean (it just happens to be his passion).

Are they trying to reach a new wave of consumers? Even if the 2014 origin story ads were the beginning of a Mr. Clean mascot rebrand, the company really went zero to sixty on this new, sexualized version of the classic character.

Critics have given the ad poor reviews, but interestingly enough, viewers loved it – and loved talking about it. It’s been called the most memorable ad of Super Bowl 51 and Twitter exploded with users confused as to why they were suddenly into Mr. Clean (that link is unfortunately NSFW by the way).

So the ad was memorable – but at what cost? Is it worth it to abruptly swing Mr. Clean’s transition from classic cartoon jingle to helpful CGI persona straight to sex symbol?

Until we find out exactly where Mr. Clean plans to take their branding, this ad is a swing and a miss. It’s incredibly awkward to watch and we just don’t know what to make of it. Thumbs down

The ad shows a determined but unlucky eco-warrior (McCarthy) travelling across the world in her hybrid Kia Nero. She is catapulted by a whale, thrown from an ice cap, and terrorized by a rhinoceros in her humble quest to save the planet.

This ad was funny, it was memorable, and it was extremely on brand. Kia usually recruits sports stars like LeBron James and Blake Griffin and places them in interesting situations to promote its sportier car brands. In this way, sports fans equate being a fan with getting a sports car and will be more likely to purchase.

But this eco-friendly model isn’t targeted at the same sportsters and wouldn’t make sense to feature an athlete. Instead Kia reaches a new demographic more likely to express interest in an eco-friendly car model by hiring Melissa McCarthy and engaging with her fanbase. It’s a great move and an excellent use of hired star power.

Melissa McCarthy is a household name and her slapstick routine could have come straight out of one of her recent box office hits. It didn’t hurt that the ad aired fresh off her hilarious Saturday Night Live appearance as Sean Spicer the night before either.

Props to Kia for its combination of universal humor and star power, to create one of this year’s best ads – if not the best ad. Thumbs up

Not only is this a terrible ad, it’s a great example of what happens when you don’t do your research before paying for a commercial spot – especially one that’s airing in another country.

Judging by the excessive partying, pyrotechnics, bikini models, and kangaroo innuendos (“Wanna pet my roo?”), the Australian company targeted young males not young females. After all, what millennial woman would appreciate associating a bikini model and a sexual, kangaroo-related innuendo with her wine? When women are already consuming more wine than men (especially cheap wine), why not target the ladies who are already paying attention?

The ad also came right after 55% percent of millennials voted for Democratic candidate Hillary Clinton in the 2016 presidential election and 440,000 Americans took place in a Women’s March on Washington to protest unequal rights for females – not counting the hundreds of other marches around the globe. It’s a longshot to assume the USA target audience would be interested in such a weirdly suggestive commercial where the only sexualized beings are the women and the kangaroo.

The ad received negative feedback with both critics and viewers who even went so far as to call for a boycott of the brand. 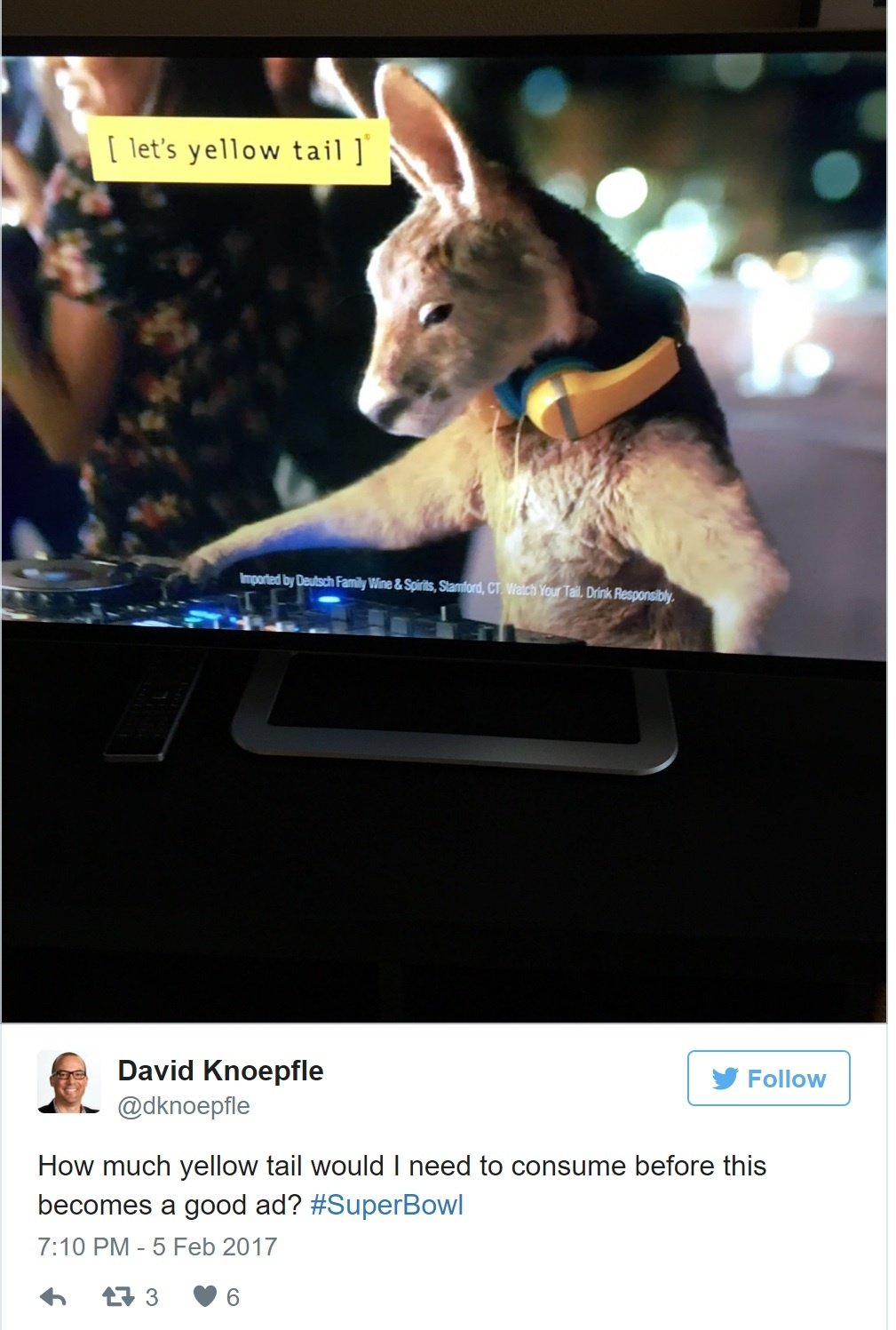 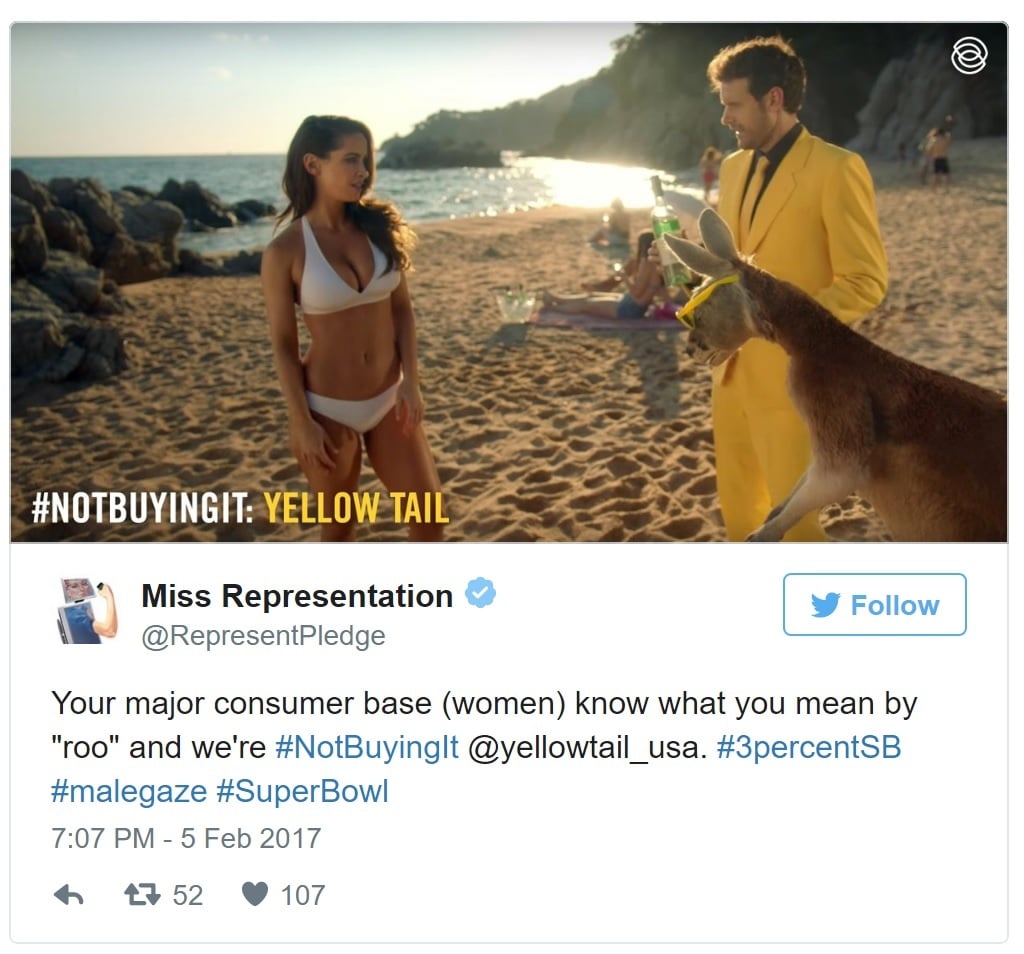 Even Australians were not on board with the advertising strikeout, expressing embarrassment that the brand was cheapening their culture.

It was a huge blow for Yellow Tail, who were brave enough to air the first Super Bowl wine commercial in 40 years. As far as we’re concerned, they can wait another 40 years. Thumbs down

What did you think of this year’s Super Bowl commercials? Have a Thumbs Cup contender of your own? Let us know in the comments! 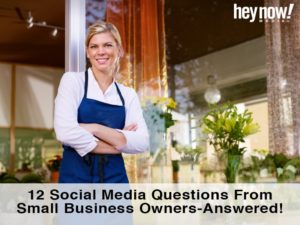 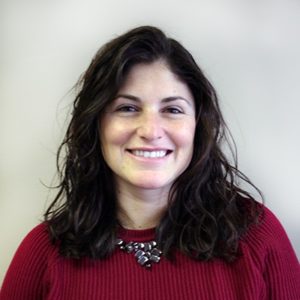 Branding vs Marketing: What’s the Difference?

Which came first, the chicken or the egg? The branding or the marketing?