What if we got the chance to re-brand the Cleveland Browns? The recent hullabaloo over the Browns’ recent re-brand had us asking that question. After witnessing the April Fool’s PR stunt by division rival Cincinnati Bengals, we knew this was the perfect opportunity to turn our ideas into something tangible. When researching as much as we could about the Browns’ branding history, no element intrigued us more than Brownie the Elf. We knew there was enough history there to make Brownie the centerpiece behind our re-brand. Firstly, elves are mythical creatures.

No other NFL team can claim that. The most iconic iteration of Brownie was created in 1950, representing a time when the team was a winning, respected franchise in the NFL. This year marks 65 years since that particular Brownie the Elf logo was created, meaning it’s high time to resurrect him. Given Art Modell was the original reason Brownie is no longer with us, it only seems right to re-take Brownie for ourselves. It’s time to move on from the helmet, folks, and re-introduce a fresh version of an already-beloved mascot that actually evolves the Cleveland Browns brand (more than a helmet, anyway).

Here is what I came up with:

Monogram Comparison
The main objective with this re-brand was to pay homage to the Browns’ heyday of the 1950s and 1960s, while also signaling this franchise is ready for a makeover in a big way – both on the gridiron and in the media room.

The re-designed logo is Brownie the Elf in an old school football helmet sporting updated brand colors (but using the same palette as the recent re-branding). The helmet is a subtle nod to the legendary contributions made toward the modern football helmet by Paul Brown, the first head coach of the Browns and the figure for which the team was named. Brownie’s look is one of composed determination and confidence.

Next up: typeface choices.

Keeping in line with the same inspirations for the mascot choice, I drew inspiration from various newspaper headline typefaces of the era. I imagined what that would look like with some free fonts that made sense one put together. Victory Text
The result feels sharp, clear and focused – all useful traits for communicating a new direction for a franchise. Comparing last year’s logo to our proposed re-design, it was clear that our design felt strictly Browns-like.

Logo Comparison
A comparison against the main logo marks of the rest of the league helped reinforce my decision to use Brownie. Here’s a proposed mock-up of the uniform unveiling announcement.

Given that the uniform unveiling is the main event of the re-brand, I explored several combinations and tried incorporating the classic Brownie attire as the inspiration for our proposed unis.

There are a few main departures in the uniform design from last year, including:

Home Combinations: (2 versions of each option) We don’t doubt the Browns will impress with their new uniforms when they reveal them tonight, but we feel strongly this doesn’t have to be the end of Brownie the Elf. It makes sense for Brownie to once again be the face of the franchise and if enough people engage, who knows? We know we want to #BringBrownieBack. You just might, too. 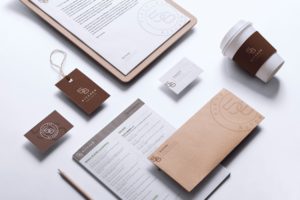 How to Measure Marketing ROI for Print Ads

#PrintsNotDead We love our digital marketing, but print advertising can still play a big part in an effective integrated marketing communications campaign. Small businesses especially use

6 Online Tools Anyone Can Use To Identify Your Target Audience

Chances are you already know who your target audience is, but do you know how or where to engage with them online? In the world