Ever wonder what it’s like to not have a home to call your own? Do you know anyone who has experienced homelessness or is currently trying to survive without shelter? In 1943, Abraham Maslow created his “Theory of Human Motivation,” which describes the stages of growth in humans. Directly following the need for food and water, is the necessity of shelter i.e. a home. Friendship, family, self-esteem, confidence, and respect for oneself and others are not given thought until humans have taken care of their basic needs.


So what the hell does this have to with advertising??

A big idea out of the Republic of Slovakia has taken shape through Project Gregory. Re-purposing billboards and turning them into sustainable shelter is an incredible mix of form and function.   The website explains: “The Gregory project brings optimization to the construction of billboard structures” and figured out a way billboards “could be turned into a living space.” The idea suggests taking some of the money earned through advertising to put towards the minimal maintenance costs such as electricity. It operates as an “”open source” initiative which is out there for interaction.  The goal being architects, designers, and artists can create new construction and layout alternatives as the idea continues to grow.  While the concept is still tentative and revenue streams would need to be articulated, I can’t help but wonder if this is an incredible opportunity for the advertising world to jump into giving mode.

There have been myriad of articles from outlets like The Washington Post to school textbooks that address the topic of advertising being harmful or helpful.  As an advertiser I think the industry walks a fine line.  Personally, I choose to take on clients I am passionate about with people at the helm who are like minded.  Behind the scenes, this is one way that some advertisers are trying to combat criticism that their outputs are harmful. Using a billboard as advertising plus housing, is a bold visual showing the stark contrast between the amount of money spent on advertising and those in poverty. According to The 2013 Annual Homeless Assessment Report (AHAR) to Congress, as of January 2013, in America alone, “610,042 people were homeless on a given night.” Additionally, the report asserts “Most (65 percent) were living in emergency shelters or transitional housing programs and 35 percent were living in unsheltered locations.”   Numbers like this mean it will take more than a village to approach this ongoing problem.

There are already other pipelines that have been developed and launched that blend commerce and community need.  I was in Omaha, visiting my family a couple weeks back and stumbled across an incredible coffee shop with a purpose. “Urban Abbey”, located in the trendy Old Market district, is a coffee shop, run by a church that has volunteer church members who help pick up shifts, is a certified “safe place” for teens in need in cooperation with Youth Emergency Services, and puts 10% of coffee sales back into the community through a monthly nonprofit spotlight program.  Even their pastries are made by chef’s who volunteer their goods to the shop.  Additionally, Edwin’s Restaurant, in Cleveland, Ohio focuses their business on the challenges of reentry from the prison system back into society.  They have established a full service, open to the public restaurant that hires, trains, and helps formerly incarcerated individuals re-enter the work place through learning the ins and outs of the hospitality industry.   These are just two amazing ideas that have come to fruition and are helping fringe groups within American society.

Empathy is not conditional and it shouldn’t be limited to the parts of society that typically work with poverty and other social issues.  Artists like designers and architects, working in tandem with the business side of advertising to contribute a small but sustainable idea to this world problem is both creative, helpful, and on trend.

Consumers these days want to see companies who believe in something.  Brand consultants talk about telling your story, creating a movement, and making a difference, but this is what it looks like to tangibly act on those values.  Bravo to Project Gregory for your innovation and elevating billboards to more than just a blip on the highway. 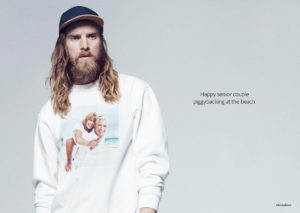 For the love of stock images! 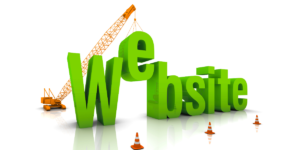 What Is The Process For Creating A New Website?

Is your website not creating traction for your business? Are you questioning what goes into the website design process?

Your temperature-regulating beer stein with LED indicator just exploded on the scene.